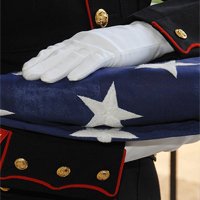 The U.S. Marine Corps has a long history of cooperation with the U.S. State Department, going back to the early days of the country. From the raising of the American flag at Derna, Tripoli, and the secret mission of Archibald H. Gillespie in California, to the Boxer Rebellion at Peking, Marines have served many times on special missions as couriers, as guards for embassies and legations, and to protect American citizens in unsettled areas.

The formal and permanent use of Marines as security guards began with the Foreign Service Act of 1946, which authorized the Secretary of Navy to, upon the request of the Secretary of State, assign Marines to serve as custodians under the supervision of the senior diplomatic officer at a diplomatic post. The first joint Memorandum of Agreement was signed on 15 December 1948 regarding the provisions of assigning Marines overseas. Trained at the Foreign Service Institute, the first Marines arrived at Tangier and Bangkok in early 1949. The Marine Corps assumed the primary training responsibility in November 1954. The authority granted in the Foreign Service Act of 1946 has since been replaced by 10 U.S.C. § 5983 and the most recent Memorandum of Agreement was signed in August 2008. Although embassy duty is a crucial aspect of the Marines’ mission with a long tradition, the Corps is only budgeted to train and maintain a limited cadre of guards to cover over 100 embassies worldwide. In response to the 2012 Benghazi attack, Congress ordered a near doubling of Marine Security Guards in the midst of a post-war drawdown in overall USMC numbers. The USMC has responded by redeploying one company from 1st Battalion 1st Marines while additional guards are trained

TogetherWeServed.com (TWS) contains comprehensive military records of Military Veterans posted by the Veterans themselves including memories and photographs In addition to its military records search capability, TWS is the largest online community of Veterans existing today and is a powerful Veteran locator. TWS enables Veterans to find those they served with by matching their service information entered on their TWS Military Service Page with the service information of all other Veterans in its membership. TWS members can then review matching members and connect with those they know. Many Veterans try to locate people they served with to re-establish former friendships, but in some cases to also find witnesses to events that occurred during their service for medical claims purposes. TWS has a membership of 2,138,522 Veterans and thousands of Veterans join its ranks every month, therefore increasing the possibility to find old service friends.